Gerrit Voorting died January 30, 2015 in Heemskerk at the age of 92. In 1948 the first Ronde van Midden Nederland had Voorting as a winner. The race of 195 km started on Whit Monday on the former cattle market site the current Jaarbeurs in the city of Utrecht. 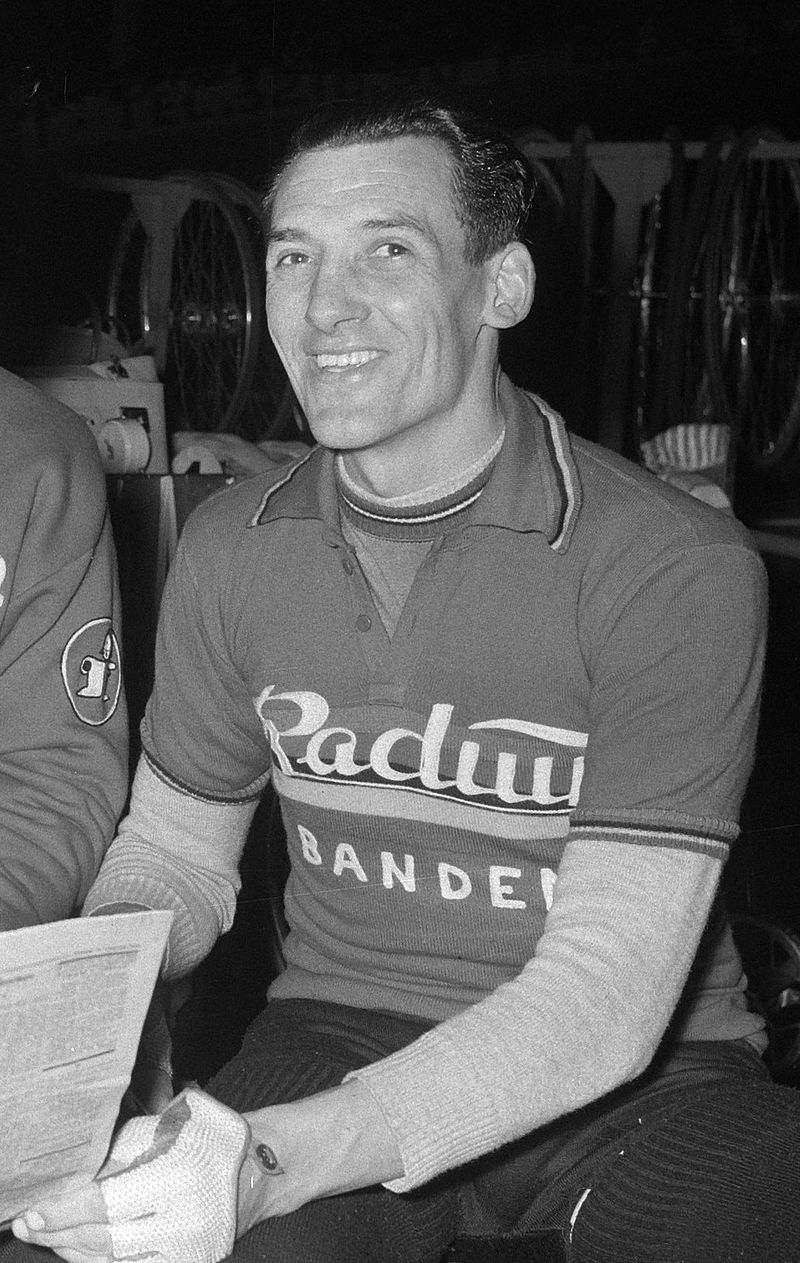 The entire Dutch Olympic team with Voorting in the ranks was part of the squad of 92 riders. 20 km from the finish Voorting placed his decisive demarage and came with a big lead solo over the finish at the Croeselaan.

He kept his good form and later that year Voorting won silver in the road race at the Olympic Games in London. He also wore the yellow jersey twice and won two stages in the Tour de France.

We remember Gerrit Voorting as a great rider who is inextricably with the Ronde van Midden Nederland connected!